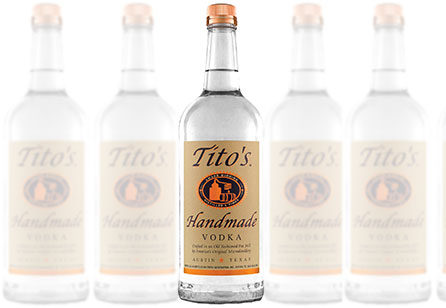 The latest accolade sees the Texan craft spirit build further internationally on the success that has made it one of the fastest-growing spirits brands in the US. Tito’s Handmade Vodka won the award from a shortlist that also included The Kraken Black Spiced Rum and Glenfiddich Select Cask.

Tito’s Handmade Vodka is made from 100% corn, giving it a sweeter, rounder flavour than vodkas made from wheat and potatoes. Bert “Tito” Beveridge, Founder and Master Distiller, said “Tito’s raised its profile in travel retail significantly in 2013 when it became the exclusive vodka brand served on all United Airlines flights worldwide. This latest accolade demonstrates its growing popularity with duty free customers, who are increasingly interested in buying craft spirits.”

In the UK, where the brand is marketed and distributed by Hi-Spirits, recent listings for Tito’s include Majestic Wine and Harvey Nichols.